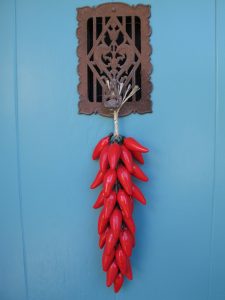 “The door is only a door. It makes no promises.”

Earlier today I read about a screenwriting conference to be held mid-August in Los Angeles.  The conference will include the usual workshops, speakers, and panels along with a “pitch slam”–a chaotic, noise-filled event at which a hundred or so screenwriters line up to describe their scripts to sixty agents and producers.  The screenwriter’s “pitch” is followed by three minutes of critique from the agent.

Were I to attend this conference, I’m certain I would be the oldest person there.  (I’ve seen pictures of these gatherings, and aspiring screenwriters, along with most agents and producers, appear to be pushing twenty-seven.)  I can already imagine the awkwardness, the possible alienation, I might experience, and yet I’m strongly thinking about going and about paying to do the pitch. (Imagine speed dating in which it’s understood that all your “dates” are there for the express purpose of being critical.)

That I even think about participating in an event like this is the result of a policy I took up shortly after I retired—I’ll call it the policy of the open door. I’d been an academic writing academic books for forty years, but in 2009, six months after I retired, I decided to write for myself. There were some long simmering feelings and experiences I needed to come to terms with. I’d do by putting them into words and I’d see what else, if anything, would develop.

That I’d already had a career was immensely useful to this project.  When I took up writing memoir, I didn’t have to prove myself.  I’d already done that in a prior life. I felt free to be a beginner, free to fail. I decided, however, that if any doors were to open for my writing, doors to a larger audience, for example, I’d step through them. And so I enrolled in writing classes, was eventually approached about contributing to a collective blog by one of my classmates, began my own blog, and eventually published a memoir, Tasting Home, in 2013.  It went on to win some prizes.

Based on the demography of my memoir classes, I’d say a lot of women my age are writing memoirs.  We belong to a generation of women who have helped bring about enormous changes, and I think a lot of us want to make sense of what we’ve lived through.  Many in this same generation of women worked outside the home and in greater numbers than the U.S. had ever seen before. Working outside the home all your adult life can affect the way you organize your older age.

After forty years in academia, for example, I found the idea of retirement vaguely threatening. Yes, I was tired, but the idea of not working seemed deeply unsettling. I was used to the discipline and to the meaning my work had imposed upon my life (I was director of a women’s studies program), and I was fond of the creativity that it had allowed me to express.  I wasn’t sure how I would center my life without some kind of work.  And so I continued writing, which had been one of my favorite activities as an academic, although this time I had to learn how not to sound like one.

Stepping through open doors was not always a piece of polenta cake. If writing the memoir was sometimes exhilarating, it was sometimes depressing as well, and it was also a whole lot of work. When a door opened to publishing it, I had to fight internal terrors. Revealing a lot about my (quiet, half Norwegian) self (I come from the Vikings who stayed home) and then marketing my story to an unknown public went against my family’s way and against academic habits that were long ingrained. (Ten years ago in academe, promoting your work was considered gauche.)

Looking for doors to open, nonetheless, has become habitual. Last December, for example, a door opened in my mind. Maybe my memoir could be a screenplay. I read five books on how to write a screenplay, wrote a screenplay based on my memoir, and took a screenwriting class.

Although I know Hollywood has a strong preference for action adventure and for anything written by men for other men, I am thinking of taking my female-centered story to this conference and shopping it around. I could fail big time, but if I ignore this open door, how will I feel? I have decided to walk through it, knowing that as Adrienne Rich once put it, “the door is only a door; it makes no promises.”