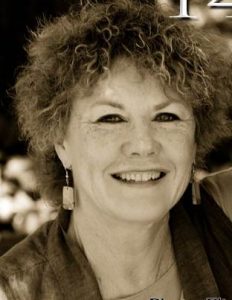 Judith Newton is Professor Emerita in Gender, Sexuality, and Women’s Studies at U.C. Davis, where she directed her program and the Consortium for Women and Research.

Her novel, Oink: A Food for Thought Mystery, is forthcoming with She Writes Press on April 18, 2017. For more information see Mystery.

Her memoir, Tasting Home: Coming of Age in the Kitchen appeared in March 2013 with She Writes Press and received twelve independent press awards. For more information see Memoir.

Her work has appeared in The Redwood Coast Review, poettalk, The New York Journal of Books, Roots: Where Food Comes From and Where It Takes Us: A BlogHer Anthology, and Seasons of Our Lives – Autumn: Award-Winning Stories from WomensMemoirs.com.

She is also the author and co-editor of five works of nonfiction on nineteenth-century British women writers, feminist criticism, women’s history, and men’s movements. For more information see Nonfiction.

At work on another mystery, Judith lives in the East Bay of California where she tends her garden and cooks for family and friends.

To learn more about Judith Newton, the author, you may contact her at jnjocals@gmail.com and find her online at:
https://www.facebook.com/TastingHomeComingOfAgeInTheKitchen, at https://www.pinterest.com/judithnewton/ and at https://twitter.com/@jnewton70.